The Conference on Neutron Scattering in Condensed Matter NSCM-2018 will be held in St. Petersburg, Petergof, Ulyanovskaya st., 1.

You can independently reach the venue by public transport:

From the hotel "Svet mayaka"

From the hotels "New Peterhof" and "Samson"

After 200 years of serving as a grand summer residence of the emperors, Peterhof is inextricably connected with the Russian history. The seaside paradise was built, as a grandiose triumphal memorial glorifying the grandeur of Russia, in conquering the much needed and desired access to the Baltic Sea, during the Great Northern War. 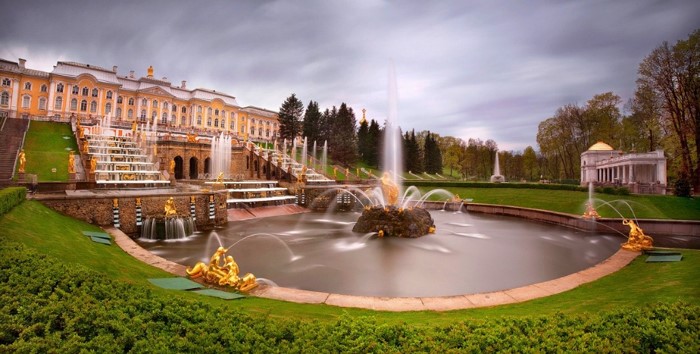 The first documented record of Peterhof refers to the year 1705, when it was called in the Dutch manner as "Piterhof" - "Peter's courtyard".

The construction of the residence, that was as beautiful and splendid as the best residences of European monarchy, including the French Versailles, commenced in 1714.

The architecture and decor of Peterhof reflects all the artistic styles of the past and the personal tastes and preferences of every Russian monarch.